Who is at Risk?
Bowel cancer prevention is important and the risk of bowel cancer is greater for people who:
• Are aged 50 years and over (risk increases with age)
• Have a significant family history of bowel cancer or polyps
• Have had an inflammatory bowel disease such as Crohn’s disease or ulcerative colitis
• Have previously had special types of polyps, called adenomas, in the bowel.

Colonoscopy is currently the most accurate way of detecting and the only means of removing polyps from the bowel. If polyps are left untreated, a significant percentage of these will eventually develop into bowel cancer.

Polyps rarely produce symptoms and usually are discovered by inspection at the time of colonoscopy, so early identification of polyps is the best method of bowel cancer prevention.

Most polyps can be safely removed during a colonoscopy to help prevent bowel cancer.

High Definition Olympus Gastroscopes and Colonoscopes are used at our centre. 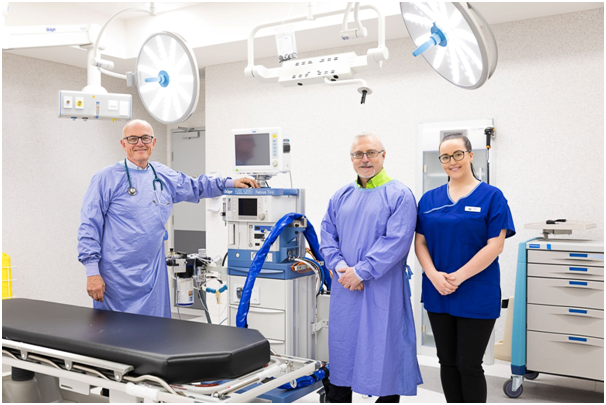 This advanced technology allows for greater detection of pre-cancerous polyps and the best chance of early detection and cure.Colonoscopy is safe and not painful. You will be asleep for a short period of time and will not be aware of the procedure. Our specialist doctors are experts in the areas of diagnostic and therapeutic endoscopy, providing the highest standard of digestive health services for many years.

All our endoscopy procedures are performed by Gastroenterology Specialists at Direct Endoscopy. This ensures the highest level of endoscopy expertise.

National Bowel Cancer Screening Program, is also currently in place for general screening of all Australian citizens aged 50 to 74 without symptoms with FOBT (faecal occult blood test). Tests like the one used in the Program however detect only up to 85 per cent of bowel cancers. The pick up rate (sensitivity) of FOBT for adenomas (pre-cancerous polyps) is even lower - about 60-70 percent. This is why it is important to screen every two years and talk to your doctor immediately if you develop symptoms even after getting a negative result with FOBT.